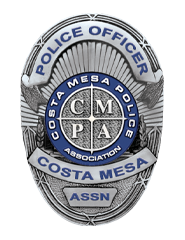 COSTA MESA, Calif. – The recent news of a 40% increase* in serious crime in Costa Mesa over the past year dovetails with a number of emerging issues that may not be apparent to the average resident. Leading the pack is the fact that Costa Mesa Police Officers are now entering a 16th month without a contract.

As the economy has improved and municipal budgets have loosened from the strain of the recession, it seems as though everyone is staffing up their police departments. A report conducted by the RAND Corporation** cited staffing activity in police departments across the nation as police chiefs seek to both recruit and retain officers. Attrition resulting from budget crises and baby-boomer retirements, generational trends restricting the flow of applicants, and expanded duties requiring more officers with a broad skill set all contribute to the challenge of finding affordable ways to attract and keep good officers.

Torrance, Glendale, Lancaster, San Gabriel and Whittier are among the many cities seeking qualified officers to join their force. In his spring State of the City speech, Los Angeles Mayor Garcetti outlined his initiative to bolster the LAPD with more officers. As in any industry, qualified police officers will be attracted to those cities offering the most appealing contracts.

“Not even having a contract puts Costa Mesa at a serious recruitment disadvantage,” according to Rob Dimel who heads up the Costa Mesa Police Association. “Right now we have less than 100 officers keeping watch over 112,000 residents in a combined Los Angeles-Orange County metro area with a population of more than 15 million people. We are competing with cities with smaller populations and lower crime rates who have a defined contract for officers to conclusively know their salary and benefit schedule for the coming year.”

Costa Mesa has been recruiting police officers to supplement a more than 30% reduction in force that began in 2010 when the City Council began to explore pension reform. Since that time, the police department, which downsized from164 officers to under 100 officers, has been stretched to its limit with a ballooning workload and overtime hours. With fewer officers patrolling the streets of Costa Mesa, violent crimes such as rape, robbery and homicide have skyrocketed by 47% in the past year. Property crimes have also seen a sharp rise and are up by 44%, while burglary increased by 23% and vehicle theft by 38%.*

Further escalating Costa Mesa’s crime rate are the repercussions of criminal-friendly state legislation, most notably Assembly Bill 109 signed by Governor Brown in 2011, and Proposition 47, which passed with voter approval last November. Its name speaks for itself: the Reduced Penalties for Some Crimes Initiative. It mandates misdemeanors rather than felonies for non-serious, nonviolent crimes unless the defendant has prior convictions for murder, rape, certain sex offenses and certain gun crimes. The law also permits re-sentencing for anyone currently serving a prison sentence for an offense that can be reduced to a misdemeanor. According to Lenore Anderson of Californians for Safety and Justice***, this amounts to about 10,000 California inmates. AB 109, known as the Prison Realignment Plan, was designed to reduce California’s prison population by 30,000 inmates, making those up for parole eligible for post-release probation.

“It’s really a matter of numbers, there are simply less officers and more criminals,” according to Dimel. “The enormous influx of so-called ‘sober houses’ or rehabilitation homes into Costa Mesa neighborhoods also contributes to the crime rate,” he added.

Affluent Southern California beach communities have become known as the “Rehab Riviera” in reference to the growing number of sober living businesses in family neighborhoods. Businesses buy a home in a neighborhood, and, if they are a licensed Alcohol and Drug Program with six or fewer patients, they are loosely regulated with very little oversight.

“Drug addicts steal to support their habit,” notes Dimel. “That we have an increase in theft and an increase in these drug-rehab businesses in residential areas is not a coincidence. If staffing were at normal levels we could be proactive to prevent crime from spreading; instead we are forced into daily triage choices that clearly are not bringing the crime rate down,” he adds.